Once again for the holidays, instead of a single tech toy for the month of December, I am offering a list of cool technology gift ideas. Some of the items on this list are updated from last year, others I’ve written about this year, and some are totally new!

Apple iMac & MacBook
Apple has sold more Macintosh computers in the first 3 quarters of this year than they sold all of last year – and we still have the holiday season to go! Obviously, Macintosh computers continue to grow in popularity by leaps and bounds. Since last year, Apple has introduced the new MacBook Air and has revamped the MacBook line. So once again, take a look at these models of Macs before buying any other computer.

HDTV
Unless you’ve been living under a rock, you’ve no doubt heard that most TV stations will be required to broadcast only in HDTV by February 17th 2009. While it is NOT true that you MUST buy a new HDTV by that date, the perception is out there among many people that this is true. The reality is that it will be easier to have an HDTV after this date, so feel free to get yourself an HDTV (or give one as a gift). Prices have never been better on HDTV and it might be possible that prices will go up after the holidays and the February 17th date nears.

Blu-Ray Players
To go along with your new HDTV, consider a Blu-Ray player. Earlier this year, Blu-Ray became the high definition successor to DVD. Blu-Ray discs offer twice the resolution of DVD, taking full advantage of the most advanced HDTVs. Blu-Ray players also “up-convert” today’s DVDs, making them look better than they would on a standard TV. As I wrote about previously, consider a Sony PlayStation 3 as your Blu-Ray player. 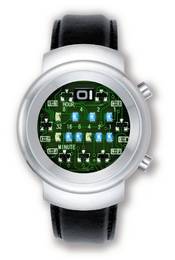 Binary Watches
For the techie who has everything, consider getting them a stylish “binary” watch from The One. The trick to these watches is that the time is displayed in the binary number format, which is uber-cool for many of those who consider themselves techno-elite. And even if you aren’t down with the binary, the watches are extremely stylish, so they can make a great gift for anyone who wants a unique watch. If you’re in my area, you can check out watches from The One at Exactime Watch & Clock in Glen Carbon.

Rearview Cameras
Many cars today come with a video screen in the front dash. For cars that don’t come with them built-in, it is possible to add them with aftermarket products. These video screens can be used for GPS navigation or other informational features. One accessory for use with these video screens that is gaining in popularity are rearview cameras. Basically, aftermarket rearview cameras mount to the rear of the car and allow the driver to see directly behind the car. This makes backing up and parking a lot safer for the driver and those behind the car. 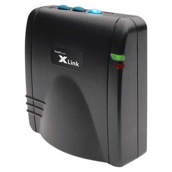 XLink BT Cellular Gateway
Many people are dropping their land line phones and going with cell phones only. However, some of those people would still like to be able to make use of their old phones while in their homes. The XLink BT Cellular Gateway allows you to connect your old landline phones to a Bluetooth-enabled cell phone. This setup could work really well with those unlimited talk mobile plans. This may not necessarily be a good gift idea for others, but it could make a great gift for yourself or your family, especially if you’re able to drop the monthly cost for a landline that you rarely use. 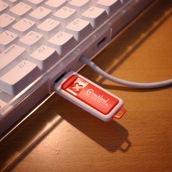 USB Toys
For a quick and simple tech gift, there are many USB gadgets and toys out there from beverage chillers to foam missile launchers. I had written a previous article with some links to these types of gadgets. A new one I just read about is a USB aromatherapy oil burner.