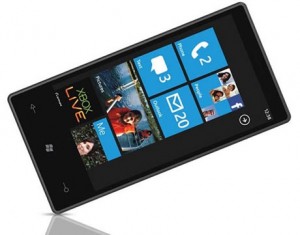 Next in the lineup is Microsoft. For Microsoft’s history of smartphones going back to the early 2000’s, Microsoft has essentially “re-booted” their smartphone strategy with Windows Phone 7. Devices that run Windows Phone 7 are not compatible with any apps made for any of the previous generations of “Windows Mobile” devices. That being said, Windows Phone 7 has only been out on the market less than a year and so far has not garnered a lot of attention. The various devices that run Windows Phone 7 have no where near the number of apps as the other major players and reviews have been mixed. The platform may have a good future, given that Microsoft will not give up on their mobile device strategy (the future of the company depends on it) and they have the resources to keep improving the device, no matter how bad sales are. But as it stands, Windows Phone 7 is just not ready for prime-time. You’d do well to stay away from any device that runs Windows Phone 7 for the near future.

And don’t worry about any tablets that run a Microsoft operating system. They simply don’t exist – except for “tablet PC” devices running the PC version of Windows – but those aren’t the same thing as the tablets most people think about today (like the iPad). Tablet PC devices have been around since the early 2000’s and never sold very well. Rumors are that Microsoft’s next operating system, likely named Windows 8, will run on iPad-like tablets, but that won’t happen for at least a year. So don’t hold your breath.