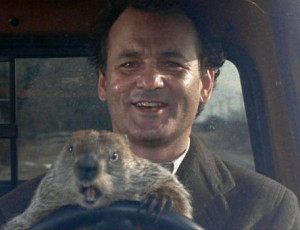 I’m sure most of you have seen the movie Groundhog Day. In case you haven’t, Bill Murray’s character relives Groundhog Day over and over again, until he finally “gets it right”. Sure, it’s a funny movie. And it is so popular that the phrase “Groundhog Day” now has come to represent repeating something over and over again. I’ve noticed that many businesses are playing out Groundhog Day with their web sites. I’ll bet the following scenario even sounds familiar to you!

Thankfully, the New World of Technology has brought about an end to this problem. Through the power of new technology, I can build a web site for my clients that ends the Groundhog Day cycle of paying for a new web site every few years. The technology foundation that I build web sites with allows look-and-feel changes to the site with a fairly simple change to what is called the “theme”. Instead of paying for an entirely new web site, my clients only need to pay for a theme change – which can be as inexpensive as a couple of hundred dollars or less!