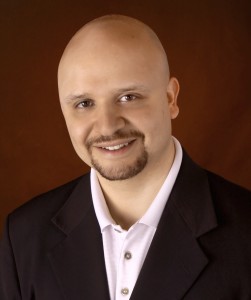 This holiday season, instead of writing about a technology tip or a new tech gadget, I thought I’d go a different direction. A commercial of all things made me stop and reflect on the technology industry that I work in. I’ve been in the technology business a long time. If I go back and consider the time I spent working with technology as a kid, I’ve seen the rise and fall of early personal computing companies, the dominance of Microsoft Windows, the emergence of the Internet, the resurgence of Apple, the consumerization of technology, the mobile device revolution, and a bunch of other things that I probably forgot to mention. But for all that I’ve seen, nothing compares to the last several years as the end of the PC era has given way to The New World of Technology. Never in history has technology evolved so fast and change occurred so rapidly.

The biggest reason for this has been the acceptance of personal technology by society at large. Prior to The New World of Technology, the computer and technology industry was like an old boys’ club. Only those who were privileged enough to have learned a lot of arcane knowledge could make the most of the technology available to them. Average people used computers to be sure, but by-and-large it was a love-hate relationship (with a lot more hate usually). Technology products were created by technology people for other technology people. The focus was on specifications such as gigahertz and megapixels, power and performance. The technology industry was controlled primarily by people who worked in big companies and organizations.

Then in the 2000’s things changed. Some technology companies began creating products that put the attention on the user experience – and the world beat down a path to their door. However, not all technologies companies have figured this out. It’s easy to see by the commercials that companies produce where their priorities are. Most technology commercials still spend all their time talking about hardware specifications and how powerful their products are. Or worse, the commercials feature snarky or smug actors who portray techie know-it-alls attempting to ridicule people who don’t keep up with the latest technology buzzwords. So it was refreshing to see a technology commercial that stands in stark contrast to all the others. 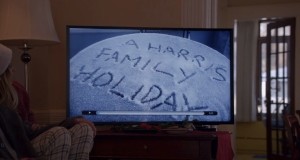 Apple’s latest commercial, titled “Misunderstood”, features an average teenage boy who is brought along on a family holiday trip that he has seemingly little interest in. The commercial starts by showing scene after scene of the teenager with his face buried in his iPhone in stereotypical fashion. Just when one would think that this commercial was a parody, the teenager suddenly shows his family the video he has been putting together the whole time on his iPhone. Set to a heart-felt rendition of “Have Yourself a Merry Little Christmas”, the video is a montage of the family holiday. Some family members are shown crying while the video is playing, hugs are shared all around, and the commercial fades out with “Happy Holidays”. Without a single word being spoken, Apple hits the nail exactly on the head. Why has technology become so integral our lives? It’s not because of buzzwords and specifications. It’s not because of processing power. And it certainly isn’t because of the endorsement of smart-aleck tech snobs. It’s because of what technology empowers us to do. It’s the Magic of Technology.

The first time I saw this commercial, I knew it was powerful. I rewound the commercial and made my wife watch it. At first she thought the same thing I did. What’s this kid’s problem? Why is he on his phone all the time? But when the video started playing, my wife’s reaction was just like the family members in the commercial. Waterworks. My wife is technology literate, but she isn’t a geek like me. Like most people, she generally tunes out on technology commercials. Yet she felt the energy of this particular technology commercial – not because of the technical specifications of the device (or even the device itself) – but because of what the technology empowered the awkward teenager to express.

Just like the holiday season, good technology is magical. It’s hard to put into words sometimes what makes one tech product better than another. Ultimately you just know it when you use it. As we all get some time to reflect back on this year and what we want to accomplish in the next, I would encourage everyone to think about how their current technology impacts their lives. The power is now in your hands, not the IT guy at work or the geek at the electronics store. The magic is there if you want it – you just need to know where to look for it.