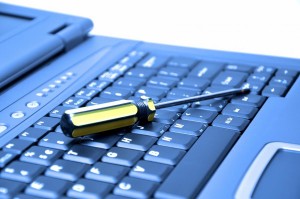 Something must be in the proverbial water around here in regards to computer upgrades. For about a solid month, I’ve been extraordinarily busy upgrading many of my clients’ older computers. Truthfully, I know exactly why this is and it points to a larger trend in the technology marketplace. It is something you should pay attention to as well, as you are likely to join my clients in upgrading your older computer.

With the prevalence of mobile devices taking over as the preferred computing devices for many people, a lot of consumers simply aren’t buying new laptops and desktops as often. For what a lot of users do with their older computers, they would like to keep them running a while longer. But as personal computers age, they tend to run slower. Fortunately, there are a couple of simple upgrades that can significantly revive older computers and in many cases make them feel almost like new computers.

The first upgrade is RAM, otherwise known as “memory”, but not to be confused with storage space (i.e. hard drive space). A lot of people use the term “memory” to describe storage space on their computers but when talking with computer technicians, the term “memory” almost always refers to RAM. RAM can best be described as the working space of a computer. Too little RAM and the computer simply can’t work efficiently. When many computers were purchased several years ago, the amount of RAM they had was sufficient to run the software and operating systems of the time. But as the years have passed by, upgrades to operating systems and software generally require more RAM. If the computer still has the original about of RAM it was purchased with, it will generally run a lot slower than it used to. The good news is that RAM generally is a very simple and economical upgrade and can significantly improve the overall performance of an older computer.

The next upgrade is the computer’s storage, which has traditionally been hard drive technology. Hard drives are a mechanical technology, with magnetized platters inside them spinning at thousands of revolutions per minute. As with anything mechanical, they will eventually fail over time. In my experience, hard drives start to fail at an increasing rate in the 3-5 year timeframe. But even if they continue to work, what I’ve observed is that older hard drives start to slow down with age. Sometimes this slowdown is a sign that the drive is starting to fail and it should be replaced. Other times it simply seems to be a function of age. As with RAM, replacing a hard drive is an economical upgrade and can revive the speed of older computers. However, while replacing the hard drive with another hard drive might restore the speed of a computer, there is a way to actually boost the performance of an old computer beyond what it was when it originally shipped.

The bottom line is that with two relatively inexpensive upgrades, older computers can be made to feel like new again and even rival the perceived performance of brand new computers. If your computer is still in good physical shape and you would like continue to use it, these upgrades can “supercharge” it and extend its life for at least a few more years. I’ve found that laptops generally get the biggest benefit from these upgrades, especially Windows 7 laptops and MacBooks from the 2009-2010 and newer timeframe. Many iMac owners from that same timeframe are also seeing big improvements with these upgrades. But any computer from that timeframe (or even a couple of years earlier) can see big improvements from these upgrades so don’t hesitate to contact me if you’d like to keep your computer humming.