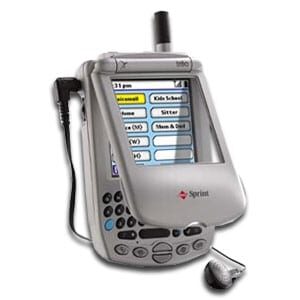 April 15th is normally known as tax day, but it is also the day I started MB Tech full time. A lot has changed in thirteen years, especially where technology is concerned. While it is fun to look back, it is also important to understand how the trends of the last thirteen years will continue to affect the technology industry and impact your technology needs and purchases going forward.

In April 2002, Windows XP had just been released the previous fall. Microsoft Windows in general was the dominant operating system and over the next few years Windows XP was about the become the most popular version of Windows ever. Windows had just suffered a few rocky years of fast-spreading virus epidemics but as Microsoft was working to harden their operating system from traditional viruses, the era of spyware and new types of malware was just getting started. This is the first trend to pay attention to. Windows users have continued to suffer from increasingly advanced and sophisticated malware attacks. High-profile malware attacks against companies like Target and Home Depot have caused hundred of millions in losses in credit card fraud. This is one of the reasons the Windows platform is in decline. People are sick and tired of malware and in this day and age there are viable options outside of Microsoft Windows.

Two days before the release of Windows XP, Apple released their first iPod. This device was about to revolutionize the music industry and change the fortunes of the computer industry in general and Apple in particular. The runaway popularity of the iPod and the companion iTunes Store made Apple a strong, profitable company once again and paved the way for the development and introduction of the iPhone, which ushered in the era of mobile devices. Later, the release of the iPad effectively signaled the end of the PC Era and the start of The New World of Technology. This trend is noteworthy for two reasons. First, the resurgence of Apple has provided a viable alternative to Microsoft Windows for those people who are looking to move away from Windows, as I mentioned above. Second, the mobile device revolution that Apple ignited is truly just getting started. As one example, Google just recently announced that mobile-friendly web sites will begin to rank higher in their search results. Whether you are marketing your business online or managing the technology infrastructure for your business, mobile devices have completely changed the game.

One of the biggest impacts of mobile devices has been the rise of cloud computing. As more and more people began using mobile devices, the demand for remote data access exploded. Existing cloud services, which had been languishing for years, began to take off. As well, a generation of new cloud services launched to meet the needs of The New World of Technology. Today, cloud computing has changed the game for small business technology. With the proper application of cloud computing resources, small businesses can take advantage of technology advancements that once were the sole domain of large businesses with large IT budgets and staff. This has sparked a proliferation of mobile workers who are better able to respond to customer needs and increase their productivity. As a small business owner, you must stay abreast of the rise of mobile devices and cloud computing and how it is impacting your industry.

If you have any questions on technology trends, please feel free to contact me any time. If you are interested in the history of technology, please visit my blog, This Day in Tech History, for a daily dose of technology history!