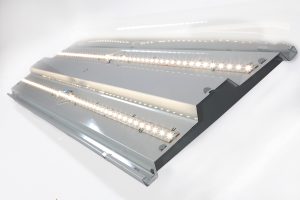 This is not your traditional lighting system, but it could save you a lot of money! Read on to find out more about this specific model.

Technology has changed dramatically in the last 10 years. Smartphones, tablets, apps, and the rise of social media are probably the changes that are most recognizable to the average person on the street. However, there have been significant advancements in a lot of other technologies as well. We may not notice them as much because they aren’t as dramatic or as “sexy” as the mobile device revolution nor as fun as using social media, but nonetheless they can be very important.

One of the more subtle changes to the technology landscape in the last 10 years has been in the field of lighting. Incandescent light bulbs have been around for over 100 years and only in the last 20 years or so has any effort been made to replace incandescent bulbs in common residential usage. First, fluorescent bulbs, a mainstay of commercial and industrial usage, started to become more commonplace in homes. However fluorescent bulbs themselves are being phased out by new LED light technology in both commercial and residential applications. For years, the main problem with LED lighting was cost. LED bulbs were significantly more expensive than either incandescent or fluorescent equivalents. While LED bulbs have come down in price over the last few years, the fact is they are still more expensive than traditional light bulbs. Plus the stigma that they are overpriced has stuck around. However, it is time to re-evaluate lighting technology because in many instances it may be possible to save significant amounts of money by utilizing LED.

In residential applications, the range of pricing for LED lighting varies dramatically. The key is to find good value in pricing so that you can realize a sufficient return on your investment. Depending on where you are shopping, you may not be able to find LED lighting at a low enough price to reasonably compete with some of the very low pricing of compact fluorescent bulbs (CFL). You’ll either need to shop elsewhere (possibly online) or stick for CFL bulbs for the time being.

However, in commercial applications, LED lighting is providing some significant opportunities to save money. I was recently turned on to some new LED lighting applications by Mike Grimes of Commercial Energy Consultants. Mike is an expert in the field of energy deregulation (he literally wrote the book on it) and his company is now expanding their services to include lighting.  According to Mike, the key to understanding savings from LED lighting in commercial applications is that most commercial applications of fluorescent lighting (the traditional “tube” bulb anyone who has worked in an office environment is familiar with) require something called a ballast. People who are familiar with facilities management or maintaining lighting in an office environment surely know that ballasts must be replaced periodically. The problem is that ballasts can be expensive – not only in purchase cost, but also installation. Replacing a ballast usually requires the skills of an electrician so it’s not like simply replacing a bulb. Not only is the business owner spending money to purchase the ballast, they are also paying someone to perform the labor. Commercial or industrial applications can have tens or hundreds of fixtures that all require ballasts so those costs can add up quickly.

The first example of a fluorescent retrofit Mike demonstrated for me was a bulb that was a direct fit for a G13 socket designed to replace the common T8 and T12 fluorescent bulbs. Basically an installer simply needs to remove the ballast from the fixture and then directly connect the LED bulb to the electrical mains. The bulb then installs into the existing sockets, although the sockets are no longer providing power, since there is no ballast and the bulbs receive power directly from the mains. The sockets are now merely mount points. Once done, that fixture should not need any maintenance for up to 20 years. No more ballast replacements, far fewer bulb changes, and the energy cost for running the light can be half of the old fluorescent.

The second example Mike showed me is called an Evobase. Similar in concept to the direct fit LED bulb above, it is a fluorescent retrofit application except that instead of being a bulb replacement, the Evobase is an entire assembly, so socket size and bulb form factor are not a concern. Utilizing some simple hinged brackets, an installer can quickly and easily mount the Evobase into an existing fixture and then wire the unit into the electrical mains with simple wire nuts. Once installed, the Evobase should also last up to twenty years so businesses can get the same benefit of eliminating the need for ballast replacements and significant energy savings as with other LED retrofit applications.

The bottom line is that with newer LED technology, businesses are in a great position to save a lot of money on lighting, both in energy usage and maintenance costs. Residential users can also benefit from LED technology, but they must shop around and choose carefully. If you have any questions on LED lighting technology, please feel free to comment below and I will do my best to answer your question.