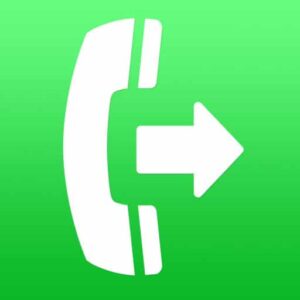 If you read my recent article, you know that I just switched to Spectrum Mobile service with my iPhone X. Only two days in, things seem to be going well. But I wanted to share one tip for those of you that may use a third party voicemail service (or forward their missed calls to an answering service).

Previously while on AT&T’s service, I had my voicemail set up so that it would bypass AT&T’s voicemail and instead use Google Voice as a voicemail service. This uses a process called Conditional Call Forwarding, of which I’ve written extensively about in the past. This is the same process that one would use if they want their missed calls to go to an answering service. It slipped my mind that when changing wireless phone providers that I would need to reconfigure my service to use Conditional Call Forwarding (CCF) for my Google Voice voicemail. My first thought was that I hoped Spectrum Mobile actually supported this feature, because it is a little obscure for most people. However, because Spectrum Mobile is really just Verizon’s network, I figured that Verizon’s CCF code would probably work.

I looked up Verizon’s Conditional Call Forwarding code and found that it in fact did work with Spectrum Mobile. Later I found that Spectrum Mobile also has a page explaining how to do Conditional Call Forwarding, but they call it “Forward Missed Calls”. It’s the same thing, just different language. To sum up, you basically just dial *71 plus the 10 digit number you want to forward to. So if you want to forward to a phone number of 1234567890, then you would dial *711234567890

Hopefully this article will help people save some time when setting up Conditional Call Forwarding with the new Spectrum Mobile service. If you have any questions on Mobile technology, please feel free to ask!